I was chosen as one of the best female Colombian illustrators to watch, by Revista Bacánika (October 2016)

My work was published by web portal Peppersoul (February 2014) 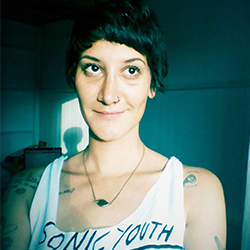 If you would like to learn more about me, request a commission, ask me anything, tell me about your life or just say hi, you can e-mail me at latiapereques@gmail.com. I look forward to hearing from you!
Loading Comments...
Comment
×